Thank you to everyone that applied for the ‘Giveaway’ and shared with me.  You were all incredible and I was humbled and inspired by you all and wished that I was in a position to support you all, I really do.

I would like to introduce you to Georgia, and with permission, share some of her journey and together cheer her on and excitedly watch her grow and expand.

Georgina grew up as a Young Carer for her Mum from the age of 11 years old and cared for her for 7 years. Georgia’s Mum suffered from severe mental and physical illnesses. Each day Georgia would solely provide endless care for her Mother and use her young nursing skills to change her colostomy bag.  Georgia’s Father worked away in London returning at weekends which provided much needed help.  At the age of 17 Georgia’s Father began working from home and for the following two years would support with the care of Georgia’s Mother.  However, the difficulties experienced took its toll and her Father became dependent on alcohol.

When Georgia was 19 years old she was working in a salon and returned home to find police cars outside her home.  The Police did not allow her access and she was informed that her Mother had taken an overdose and sadly passed away.  Georgia told me that her Father at that time was working in Ireland and her sister was living outside of the family home.  She described how she had to call them and those two calls were the hardest conversations she has ever had to make.

Georgia felt numb, did not want to let others down, and the very next day was wanting to return to work, although her Boss did not allow this. Georgia eventually began therapy and was diagnosed with PTSD and anxiety.

Georgia started work in a new salon Talia’s and her dream was to become self employed.  This became a reality in the beginning of 2020 just before the pandemic. She used all her savings on training and stock whilst maintaining the household expenses.  Her Father had been made redundant and had accrued debt from his drinking and gambling addictions.

As Georgia had become self employed when the pandemic hit she was not entitled to any financial support.  The difficulties she faced forced them to sell the family home and move into rented accommodation.

Georgia needs a break!  She wishes to invest the money from the ‘Giveaway’ into more training and stock for when she is able to start opening again.  It is her hope that eventually will provide more income for herself and her Father.

It is my hope that with my mentoring support I will be able to support Georgia to get her business off the ground, build and watch her get the success she deserves and I cannot wait.

About the Author: Katie Godfrey

Sign up to our newsletter and you’ll be the first to receive details of our discount days, training courses and other exclusive KG special offers. 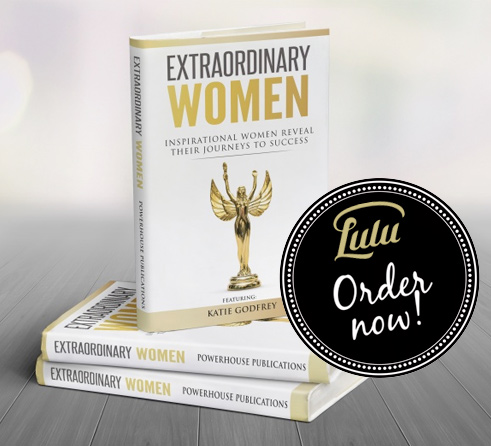